Thanksgiving Then and Now - It's about Being Grateful 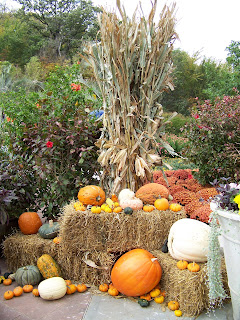 After the pilgrims arrived on Plymouth Rock in 1620, a drought year was followed by a good harvest. Guests were invited to share a meal where they could thank God for the squash, beans and corn that the Wampanoag Indians taught them to grow.

Chief Squanto spoke English so his help had saved the Pilgrims from starvation. The tribe also taught them plant-based medicine and how to identify poisonous plants.

On the day, General William Bradford’s men hunted wild duck and the Wampanoags brought deer. Without electricity or running water, four women cooked dinner for 150 guests at the three-day feast.

Since the Pilgrims came from England and Europe, Thanksgiving was partly based on English and European Harvest Home holidays. Ancient Romans celebrated Ceres in October, Greeks honored Demeter, goddess of the harvest, the Chinese festival is around August 15 and Jewish communities celebrate Sukkoth fall harvest festival.

After the Civil War battle of Gettysburg, in 1863, the editor of Godey’s Ladies Book convinced President Lincoln to declare a national day of Thanksgiving to establish a common tradition in a divided country.

Thanksgiving was declared an American holiday in 1941 and after WWII the poultry industry’s marketing teams turned turkey into a symbol of America’s abundance. Turkey is such a consistent symbol that the day is commonly referred to as Turkey Day and vegetarians eat a non-meat meal of Tofurkey, turkey flavored tofu.

The symbols of Thanksgiving focus on spending time with community, family and friends, and being grateful. Today, many families add other Thanksgiving traditions such as football, skiing, church attendance, a walk in the woods, a movie or Christmas shopping.

Colorful corn has been a popular decoration across cultures. Native Americans revered the Corn God that taught them to grow the crop and the tradition was passed on at the first Thanksgiving.


Cranberries, harvested in the fall, were originally called crane berries for the pink blossoms and drooping stalks. Pumpkins and squash were originally stewed over the fire with maple syrup. Today winter squash and pumpkins are used as ravioli filling, soup base and for pastries. Gluten-free stuffing made with quinoa, cranberries and vegetables is on the table with bread stuffing and wild rice.


Cornucopias overflowing with fruit, nuts, flowers, ribbons, and decorations date from 400 B.C. The word cornucopia means horn of plenty from two Latin words cornu (horn) and copia (plenty). Now they are made with crescent roll dough.

Thanksgiving is an opportunity to gather with friends, family and community, whether we are returning to a former home or developing deeper roots in our current home. Immigrants to America incorporate their traditional crops and decorations into the holiday, bringing a feeling of home to their new environment.

Whatever your traditions were in the past and however you spend the day, the heart of Thanksgiving is to be grateful.
Chief Squanto first Thanksgiving foods General William Bradford Thanksgiving Thanksgiving decorations Wampanoag Indians

Dee/reddirtramblings said…
A lovely rendition of the foods served at that first Thanksgiving. Happy Thanksgiving to you my dear. So glad we've gotten to know each other over the years.~~Dee
November 23, 2012 at 11:43 AM

Molly Day said…
Hi Dee - I thought you'd notice that the meal was gluten free and dairy free. Right up your alley.
The wheat seeds the pilgrims brought with them did not grow in America's soil and nobody raised cows to drink their milk.
November 24, 2012 at 4:48 AM

Patrick said…
Thanks so much for the engaging history lesson. I came to America at age 13 in 1978 in mid to late November. We were invited to a traditional Thanksgiving feast. Our family was blown away by the holiday and its meaning and I do the same every year since.
November 26, 2012 at 11:11 PM