- March 20, 2012
We visited and toured the house and gardens at Longue Vue on our trip last week to New Orleans.  I'll be writing more about that later, but today I want to show you the cool Children's Discovery Garden they built in 1998 complete with a butterfly egg/chrysalis/hatching structure, bamboo tunnel, worm dig, herb maze, compost pile, and sundial. 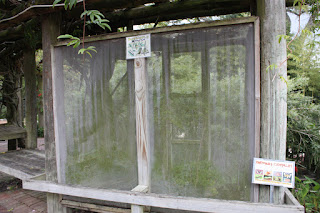 This perfect height and size butterfly raising container is where the extra butterfly and moth eggs from the New Orleans Zoo get to grow up and be released for the wonder and education of children. 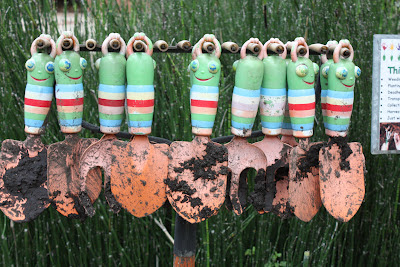 I had to look twice to see that these are cute little caterpillar spades that the children use when planting seeds and seedlings. Adorable.


Everything in the Lucy C. Roussel  Discovery Garden is edible - herbs, flowers, veggies. 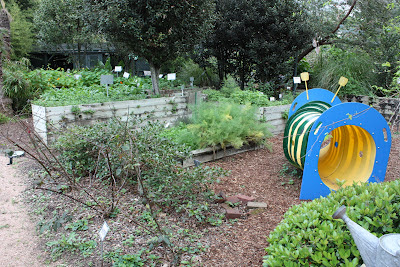 The paths are wide enough to allow for groups of children and there is whimsical artwork scattered throughout. 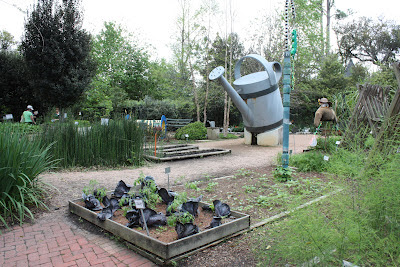 What's a garden without a scarecrow? 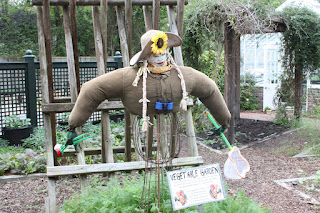 I did a little research on the garden's namesake, Lucy C. Roussel (Lucy Cocchiarra August 21, 1909–March 16, 2002). She was the wife of Louis J Roussel, Jr. who made his fortune in the petroleum and banking industries.