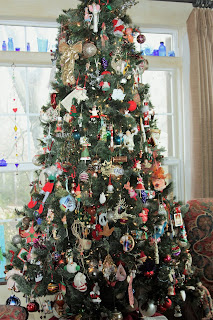 For thousands of years, greenery such as holly, ivy and mistletoe have been used to decorate the dark interiors of homes. The Romans exchanged evergreens in January to bring good luck and the ancient Egyptians brought palm branches indoors in the winter.

During the Middle Ages, red apples were hung on greenery to represent the fall of Adam during Paradise Plays. Other historical references to holiday red include holly berries and Catholic Bishop’s robes.

According to Religion News (https://religionnews.com)  Christmas as we know it was not celebrated much at all until 1849 when New York declared it a holiday. By 1785 NY was banning guns and fireworks on the day because such festivities were considered rowdy by the Puritans.

Washington Irving invented Santa Claus to draw all the diverse American nationalities and traditions together.  Then, in 1823 Clement Clarke Moore wrote “A Visit from St. Nicholas” that began with the words, “Twas the night before Christmas…”. As the poem was reprinted his inventions spread, including the jolly man with a white beard who rides in a sleigh pulled by reindeer and climbs down the chimney with gifts. 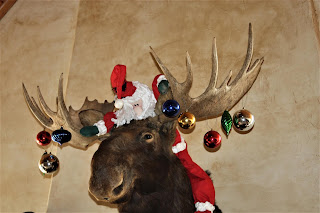 Then, in 1882, Thomas Edison’s friend Edward Johnson of Edison Electric Light Company wanted to display Edison’s lights on a tree so his engineers produced the first strings of Christmas tree lights. In the same era, F. W. Woolworth  earned a significant part of his fortune selling German glass ornaments to decorate those lighted trees. The first toy store, F.A.O. Schwarz opened down the street soon after.

What we think of as the Rockefeller Center tree began during the Great Depression in 1931. It was 1954 when Tchaikovsky’s Nutcracker Suite was played by the New York City Ballet, adding it to America’s holiday tradition.